"Does this company hire international students?" Answer: It's complicated.

This is noticeable in the data. Consider Pfizer, a leading global pharmaceutical company. On their website it says:

We actively recruit on the campuses of leading colleges and universities throughout the United States, hiring the best-qualified people with a wide variety of degrees for internships and full-time assignments in our divisions, as well as our corporate functions. Successful applicants must, at the time of their appointments, have authorization to work in the US." 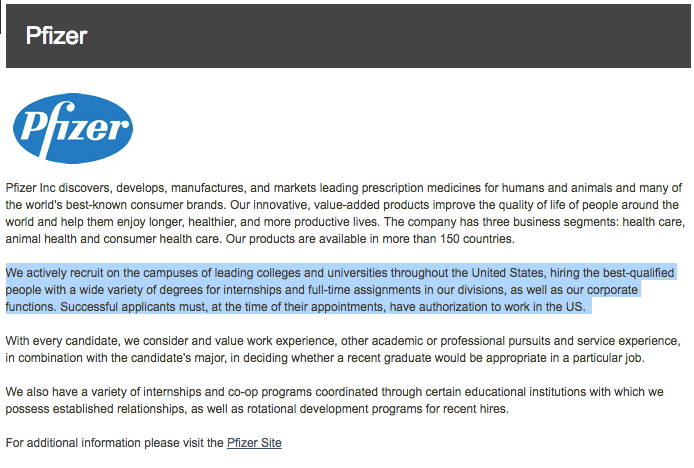 Yet last year Pfizer made an exception to that rule and filed 54 petitions for H1B workers: 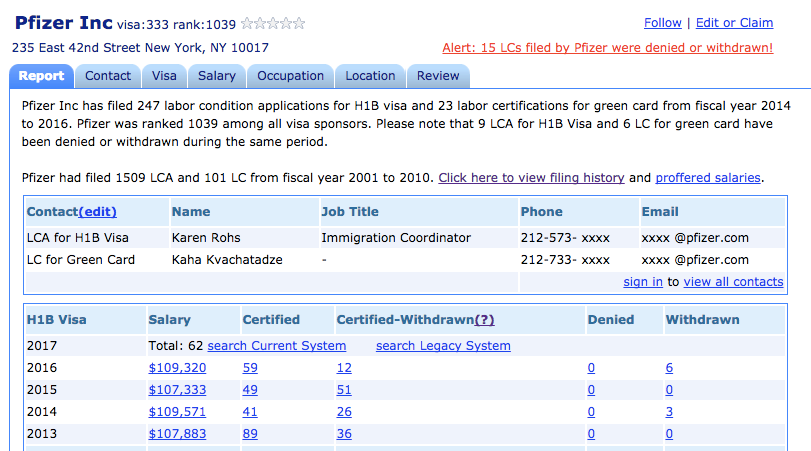 That doesn't mean all of these hires were students. But it does mean thy hired international candidates to work in their company. They likely make an exception to their rules for the best candidates. 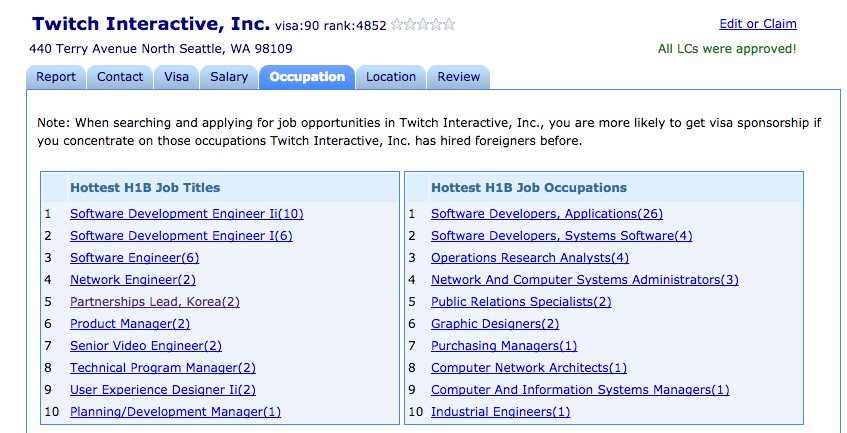 This could be the perfect role for a Korean international student studying in the US. The trick is finding those roles. It takes a lot of searching and positioning to find it. Twitch probably doesn't hire for Korea partnerships frequently. It's a specialty role.

All this makes the question of hiring international students tricky. it's not always as simple as yes and no. The answer depends on the student, the role, and the timing.

So what should you do?

American employers hire people who they know and like. They want people who are comfortable interacting with Americans, working on teams, and who have relevant work experience. Talk to recruiters and people inside companies about their work and your interests. This helps them get to know you and see your talents.

Communicate your skills and experience